Juliette Cross weaves demons and dark secrets into page-turning fantasies that will leave readers panting for more. So today I’m thrilled to share the covers for two of her upcoming novels. 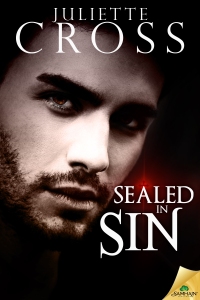 One demon prince may be festering in the bowels of the soul eater Cocytus, but Genevieve’s troubles are far from over. Prince Bamal, demon lord of New York City, still wants her. But this time, he wants her alive, to control her inherent power as a Vessel of Light.

With Jude Delacroix off searching for the prophecy, Thomas—a guardian angel with sea-green eyes and an aura of winter woods—steps into the gap, offering her the power to protect herself.

Yet she hesitates, for the transfer of that power comes through a kiss. While Gen’s love for Jude is true, Thomas stirs a desire where there should be none. Thomas also knows Jude’s darkest secret and plans to use it, if necessary, to win Gen for his own.

While her Vessel power grows and more demon spawn creep from every dark corner of the world, one thing is certain—the Great War between the angels and demons is quickly approaching. And Gen is in a race against time to awaken her full power before the storm breaks. 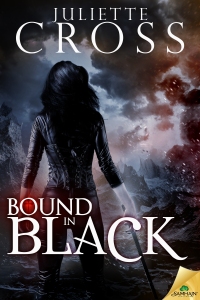 In the belly of the beast, strategy is useless.

Genevieve Drake is on a dangerous mission to find the soul collector, Lethe, and enter the deepest, darkest level of the underworld. No one has ever returned alive from the belly of a soul collector, but she will let nothing stop her from going after the precious treasure Lethe stole from her.

As she is tested against demon spawn and foul creatures of the underworld, each triumph strengthens her Vessel power—and drags her closer to a breaking point that could forever doom her to the abyss.

Meanwhile, with the full prophecy hurtling toward completion, the Dominus Daemonum strategize for the day Gen will battle Prince Bamal’s Vessel to the death, when the Great War between heaven and hell will begin.

But Bamal has a secret weapon. When he reveals it—and Thomas reveals his own hidden agenda—Gen may not have the strength to resist the temptation to fall into darkness, forsaking the fate of the world for her broken heart.

Warning: Contains malicious demons, sinister spawn, and a vengeful heroine with plans to send them all back to burning hell.

Juliette calls lush, moss-laden Louisiana home where the landscape curls into her imagination, creating mystical settings for her stories. She has a B.A. in creative writing from Louisiana State University, a M.Ed. in gifted education, and was privileged to study under the award-winning author Ernest J. Gaines in grad school. Her love of mythology, legends, and art serve as constant inspiration for her works. From the moment she read “Jane Eyre” as a teenager, she fell in love with the Gothic romance—brooding characters, mysterious settings, persevering heroines, and dark, sexy heroes. Even then, she not only longed to read more novels set in Gothic worlds, she wanted to create her own.

One thought on “Sin can look an awful lot like heaven… Amen, to that”