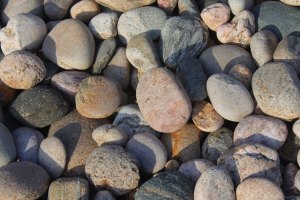 When I first read Shirley Jackson’s The Lottery in high school, I was devastated by its ending. How could that happen? What did it mean? Endless questions swirled around in my brain.

“It was just a story I wrote,” Jackson later said, surprised by the public’s strong reaction to it. Published by the New Yorker in 1948, The Lottery received more mail than any other story up to that point.

Jackson said the plot came to her one day while pushing her daughter in her stroller. She wrote it quickly, making hardly a change, and sent it off to her agent.

Unlike Jackson’s’ experience with The Lottery, most of us don’t find writing to be that easy. Stories mill around in our heads, forming for days or sometimes years, until the characters force their way out through our fingertips. Once we write the story, we still need to find it a home and hope someone will read it.

Which is why I originally created Word Crushes: Lovin’ the Story—a place to promote short fiction for 12 to18-year-olds by sharing markets and calls for submissions, promoting authors and editors of all ages, collecting interviews with editors and authors, and anything else that might strike my fancy. Over time, I saw the sense of merging my website–erinfanning.com–with my blog. Still, this site retains much of its original purpose: the celebration of the short story.

I reread The Lottery recently and its power still captured me. Perhaps that reading led me to start this blog—a celebration of word crushes in all their various forms but specifically stories written for young adults because, after all, that’s when my first short-story crushes began.

It may have been, “just a story,” to Shirley Jackson, but a part of The Lottery will travel with me forever.